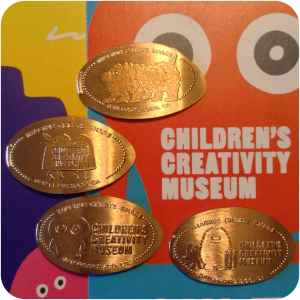 This superbright, uncirculated coin set has been pressed on Lincoln copper pennies which have been carefully cleaned before smashing.