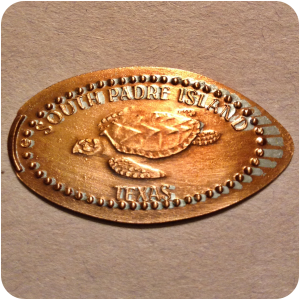 Ila Fox Loetscher1 is the sole founder of Sea Turtle, Inc. She was originally from Iowa. Prior to her fame as “The Turtle Lady of South Padre”, Ila was well known as a pilot. She was the first licensed female pilot in both Iowa and Illinois! She was a contemporary and frequent correspondent of Amelia Earhart as well as one of the original “99’s” (a support group of women pilots organized in 1929).

In 1965, Ila was recruited by Dearyl Adams in Brownsville, Texas to work at the principal nesting site of the Kemp’s ridley sea turtle in Rancho Nuevo, Mexico. Ila, who was 61 years old, willingly volunteered and spent the next 2 weeks camped out in the rugged beach conditions of Rancho Nuevo. She fell in love with the Kemp’s ridley and decided to take up the protection of sea turtles as her life’s work. Ila began rehabilitating injured sea turtles at her home on South Padre Island. Over the years, this began to draw in many curious visitors. She took every opportunity to speak about the plight of sea turtles and how the average tourist might assist in saving them from extinction.

By 1977, Ila was receiving so many guests into her home that she formed Sea Turtle, Inc. into the present non-profit. The all-volunteer organization assisted her in education and rehab work with the sea turtles. In 1994, Ila’s health began to fail and the volunteers started to take a more active role in the operation of STI. In 1997, Ila’s health no longer permitted her to participate in the mission of STI. Volunteers stepped forward to continue Ila’s work in preserving sea turtles. Ila died in January of 2000 at the age of 95.

In January 1999, Sea Turtle, Inc. moved from Ila’s home on Gulf Blvd to its current location at 6617 Padre Blvd. In 2000, a volunteer Board of Directors and a Curator were appointed to Sea Turtle, Inc. Today, the staff has increased to include a couple part-time staffers, a full time educator and a store manager. Volunteers are still an intergral part of the organization, and our list of volunteers continues to grow.