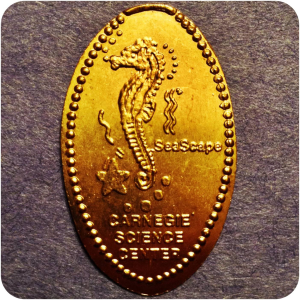 The Carnegie Science Center2 opened in 1991.

With a history that dates to October 24, 1939, the Carnegie Science Center is the most visited Museum in Pittsburgh. Among its attractions are the newly constructed Buhl Digital Dome (which features the latest in projection), the Rangos Omnimax Theater, the Miniature Railroad & Village and the USS Requin (a World War II submarine).

There are three penny machines. The first two machines are just inside the main entrance by the gift shop.