You are here: Home / United States of America / Alabama - Delaware / California / Lord’s Prayer Copper Pennies: Six of One, Half a Dozen of the Other plus 12 More 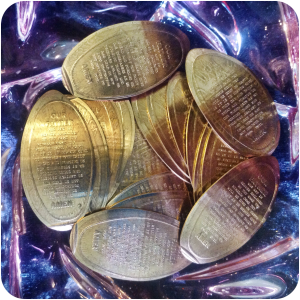 Lord’s Prayer Copper Pennies: Six of One, Half a Dozen of the Other plus 12 More

Those eighteen uncirculated elongated coins have been pressed on circulated Lincoln copper pennies.

Be the first to review “Lord’s Prayer Copper Pennies: Six of One, Half a Dozen of the Other plus 12 More” Cancel reply