This Day in History:

Zond 5,1 a formal member of the Soviet Zond program and unmanned version of Soyuz 7K-L1 manned moon-flyby spacecraft, was launched by a Proton-K carrier rocket with a Blok D upper stage to conduct scientific studies during a lunar flyby and to return to Earth. 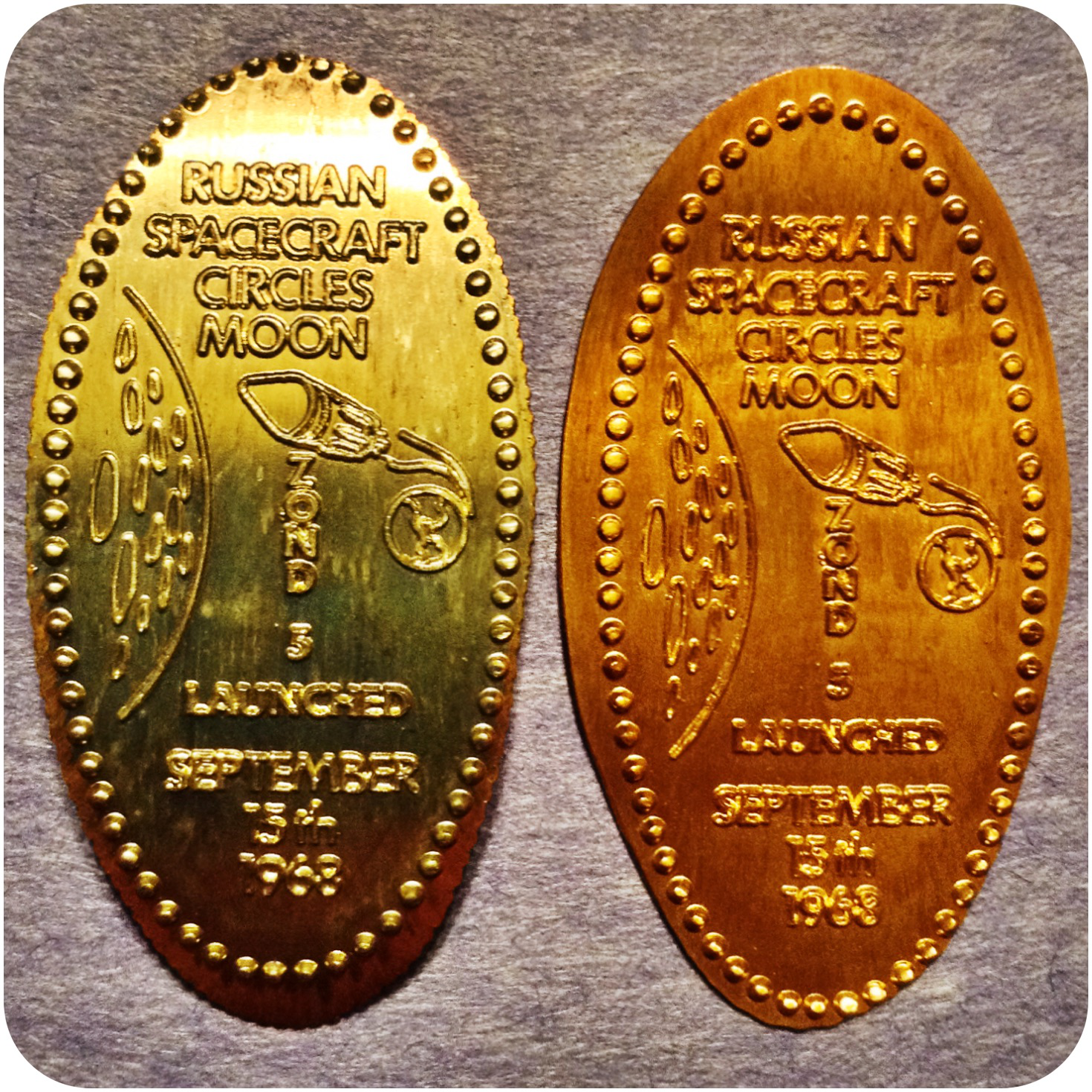 After Zond 4’s partial success in March 1968, a follow-up was launched on April 22. The launch failed however when the LES sent an erroneous abort command at T+260 seconds and shut down the Proton booster’s second stage. The escape rocket fired and pulled the descent module to safety. In July, another 7K-L1 was being prepared for launch when the Blok D stage exploded on the pad, killing three people, but leaving the Proton booster and spacecraft with only minor damage.

Zond 5 launched on September 15 and became the first spacecraft to circle the Moon and return to land on Earth. On September 18, the spacecraft flew around the Moon. The closest distance was 1,950 km. High-quality photographs of the Earth were taken at a distance of 90,000 km. A biological payload of two Russian tortoises, wine flies, meal worms, plants, seeds, bacteria, and other living matter was included in the flight.

On September 22, the reentry capsule entered the Earth’s atmosphere but could not perform a skip reentry due to a failure of the guidance system. Landing was supposed to occur in Kazakhstan, but instead Zond 5 splashed down in the Indian Ocean and was successfully recovered by the USSR recovery vessels Borovichy and Vasiliy Golovin. The USS McMorris was shadowing Soviet ships, collecting intelligence information. Photographs taken by the McMorris of the descent module bobbing in the ocean aroused concern at NASA that the Soviets were planning a manned circumlunar flight soon, especially since the US had been tracking Zond 5 for its entire flight, and may have been a catalyst for the decision to launch Apollo 8 to the Moon in December instead of its originally planned mission of testing the lunar module in high Earth orbit.

Although the ballistic reentry would have been bad for human occupants, it did not appear to affect the biological specimens, all of which were alive and well when the descent module was finally opened four days after landing. It was announced that the tortoises had lost about 10% of their body weight but remained active and showed no loss of appetite. This spacecraft was planned as a precursor to a manned lunar spacecraft. The Zond 5 return capsule is on display at the RKK Energiya museum, in Russia.